While each phase of a construction project carries the weight of its own importance,...

Among the many goals of every construction estimate, accuracy must be considered the most important.

Discover our complete set of solutions to streamline your business processes.

While the concept of “smart cities” may not be particularly new, the capability to deliver at scale and in a way that truly impacts citizens and communities has only been with us for a few years. Looking back, many of the ideas I discussed with colleagues while at IBM are now serving as the bedrock of progress around smart utilities, making better use of scarce and/or valuable resources. Smart transportation, using sensor and movement data to improve traffic and transit flows — both on a day-to-day basis and at times of peak or unexpected flow — are now a reality.

At the core of this, though, is the use of retrofit.

By and large most sensors and collection hubs are being bolted on (or dug in!) to existing structures. As agents of change in the construction space, what are our opportunities and challenges in support of the smart agenda? Let’s look at how addition and multiplication can lead to real power and where today’s building information modeling (BIM) can play an important part. 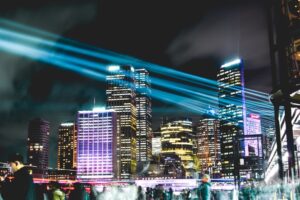 At a very basic level we can start by the addition of sensors to our estimates. Though very few organizations, cities or states have the space or funding to build brand new cities such as Saudi Arabia’s Neom project (Neom meaning “new future”), at the very least we should be offering the chance to embed the capability into every new build. This could be as simple as updating our parametric estimates to include a smart option and then including that as choice.

This is relatively easy to achieve with modern cost estimation systems and ensures that the smart conversation can be held at the concept stage for all projects rather than being seen as an expensive, out-of-reach bolt-on.

By having this discussion early, we also position built-assets as tools of change, following on from previous generational shifts that saw telephone lines and then fiber-optic cables becoming part of the base specifications for homes, offices and other new buildings.

But, if we are to do this, what are the benefits? How do we make this early investment snowball?

The first step is the removal of rework and making good on everything that’s associated with retrofit. This means no more post-build trenches, drywall holes and ceiling tile lifts, all of which are comparatively expensive as small-job items yet have a large impact on the normal operation of the asset and the lives of its users.

The second step I see is in the enhanced ability to bake-in the potential sustainability gains in terms of HVAC, mass transit and the total cost of carbon. Aside from gains in better power management, imagine the advantages of a building that can sense a busy, hot day and notify its users that they should consider an alternate working pattern. This would not only save time and money but would be an enormous enhancement to quality of work-life considerations.

We should also be able to use sensor data to search for improved opportunities to look after the health, safety and well-being of end users. For example, fractional ambient lighting controls can be set to adjust to the natural light entering the building and around the people in the space, or HEPA filtration when high levels of particulates or other gases are detected.

Having this as part of the building’s fabric will set forward-thinking owners and developers apart as being integrated into the smart city framework within their projects. 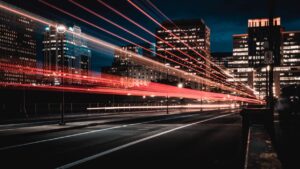 Power for the Future

So, where is the BIM opportunity?

The industry has spent many years getting modeling and virtual design and construction (VDC) capabilities to the point where they can accommodate historic data. More recently, advanced VDC systems have added the ability to overlay status data, typically in terms of completions and snags. These have all been fine additions to the BIM stable of abilities and have given us an unparalleled capacity to create fully-formed digital twins at handover.

Given this, I strongly believe our next step will be to seize the opportunity to embed sensor data in our models and schedules. Imagine the advantages of a construction site where the site manager can see, at a glance, that a key access road has heavy traffic because someone has delivered a load and partially blocked the road.

Another example would be where a site engineer could have real-time updates on stress and strain gauges attached to key steel framing, or a foreman who now knows that he should move a work crew because their environment is either too hot or too cold.

Though some of this is already available in limited ways, and generally through a variety of delivery mechanisms, the power of smart BIM will be that for the first time, all of this will be available from a single location, delivering the right information to the right people at the right time — in real time.

Once we embrace the decision to embed smart sensors from day-one, we will have the opportunity to exploit camera, satellite, weather and other sensor data as part of our decision-making process. This will improve our productivity, reduce our risk and make construction increasingly digital — and increasingly successful.

Ready to take a deeper dive? InEight can help get your projects where they need to go and help you create a solution or view that matches your needs while leveraging your teams’ existing strengths. Let us show you how.

BIM As a Source of Project Intelligence

How to Use Intelligent 3D Models During Construction

What to Look for When Buying Building Information Modeling (BIM) Software

As of Head of Account Management for EMEA with InEight, Jeff Quantrill focuses his expertise on helping shape and deliver systems that create real value for clients. Previous to InEight, Jeff created and ran a consultancy aimed at helping his clients use the value of interconnected data and systems to deliver actionable insights. He has also held leadership roles with Arcadis in their client facing IT group where his enterprise project management and process knowledge allowed him to develop an expertise in project management information systems. During this time, he worked with many large organizations, including three giga-projects in Saudi Arabia, to deliver a mix of proprietary and off the shelf systems. Jeff also spent 15 years at IBM delivering complex IT services, projects and processes to some of the UK’s largest companies.

Thanks for contacting us. A member of our team will follow up with you shortly.

Start your journey on the best path of construction and get closer than ever to project certainty.

Thanks for contacting us. A member of our team will follow up with you shortly.